The United Nations recently estimated that the world’s population had surpassed 8 billion people. That number has doubled in the past 50 years.

This graph illustrates the curve: which also shows that it’s beginning to flatten out, to slow in growth rate, over the past decade or so.

It’s reasonable to ask what’s ahead for growth… which the UN has modeled in the following: 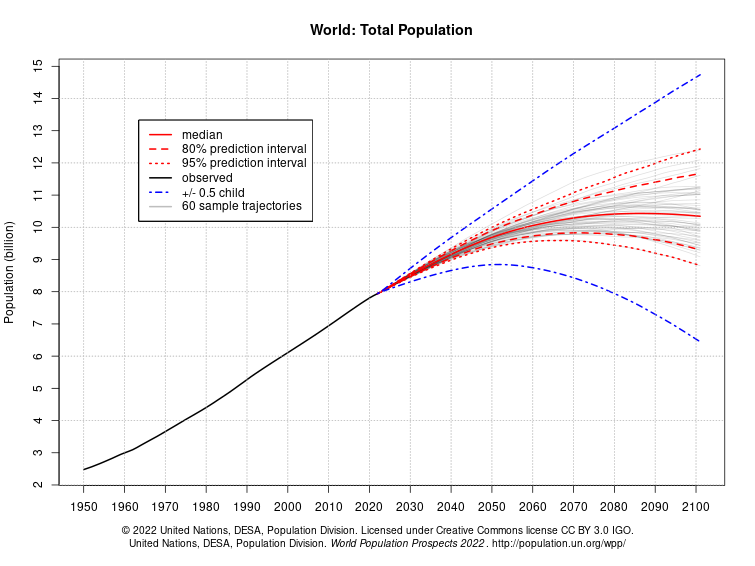 Historically, this growth predominated in Europe and the Americas and then shifted to Asia and India. The next growth region is widely predicted to be Africa over the coming decades.

Back in 2011, when the world hit 7 billion people, the BBC ran several stories exploring what might happen as this population continued to grow. The top themes were a tendency for families to have only a single child (partly responsible for the slowing replacement rate), an aging population (due to the slowing replacement rate), and concerns of water and food shortages.

In contrast, this year was much more moderate in reaction. In large part, the above concerns haven’t changed with the major exception that many believe the rate of growth will continue to slow, with an expected peak of around 10 billion.

In short: happy 8 billion world! We did it!

Go deeper on this topic:
future